WWD once reported on aeoniq, a new biopolymer fabric newly developed by heiQ, a textile material innovation company, "will fashiontech replace polyester and nylon, a new species, hit a huge wave in the textile industry?". It is a kind of cellulose yarn woven from algae, bacteria or recycled fiber. The plant raw materials will combine and fix the carbon in the atmosphere during the growth process and produce oxygen at the same time. In the production process, there is no need for cultivated land, pesticides or fertilizers, and the big problem of non degradability of polyester and nylon has been solved.

With the news from the North Carolina innovation center, alga spinning enterprise algiknit announced a new textile material alga yarn for the first time after four years of financing and development.

Because of its highly renewable characteristics, it can grow up to two feet a day under ideal conditions, and does not need any input from traditional agriculture, so it has great advantages as a substitute for synthetic fiber. And algikni also said that seaweed yarn will have stronger functionality and lower ecological footprint than traditional fibers, and have a variety of uses in footwear, accessories and clothing.

"We know that brands and consumers need more cost competitive, more environmentally friendly material choices, which are as good as traditional materials, simultaneous interpreting the appearance and touch of natural fibers that consumers are familiar with," said Nesser, co-founder and chief technology officer of AlgiKnit.

Headquartered in New York City, algiknit was founded in 2017 by Tessa Callaghan, Aleksandra gosiewski of the Fashion Institute of technology and Aaron Nesser, an alumnus of the Pratt Institute. Is a biomaterial company integrating science and design into textile production, with the goal of recyclable production. At present, algiknit is in a state of comprehensive expansion and has received capital injections from investment companies such as Victoria Harbour and fashion for good.

In addition, while launching seaweed yarn, the company announced that it would establish a new innovation center in Morrisville, North Carolina. This legendary textile center will be conducive to the further development and expansion of algiknit.

Callaghan, co-founder and CEO of algiknit, called the expansion "an important step in the development of algiknit" and pointed out that the company's mission is to cultivate a carbon neutral and non-toxic future in the fashion industry. Algiknit said that from the beginning of 2022, the team will produce eco conscious seaweed yarn on a large scale for many brands around the world.

It is also worth mentioning that algiknit was also shortlisted for the "microfiber Innovation Challenge" hosted by the conservation x labs of the science and technology innovation center headquartered in Washington, D.C, Part of the funding for the challenge was provided by the flotilla foundation, a charity focusing on marine pollution, and the Arthur vining Davis foundation, which funded a series of charitable activities.

In addition to algiknit, altmat from India was also shortlisted; Develop nanoroom of graphene based fiber; Kintra fiber, headquartered in Brooklyn; Auckland mango materials company; Spinnova of Finland; London based treekind and other 12 companies. 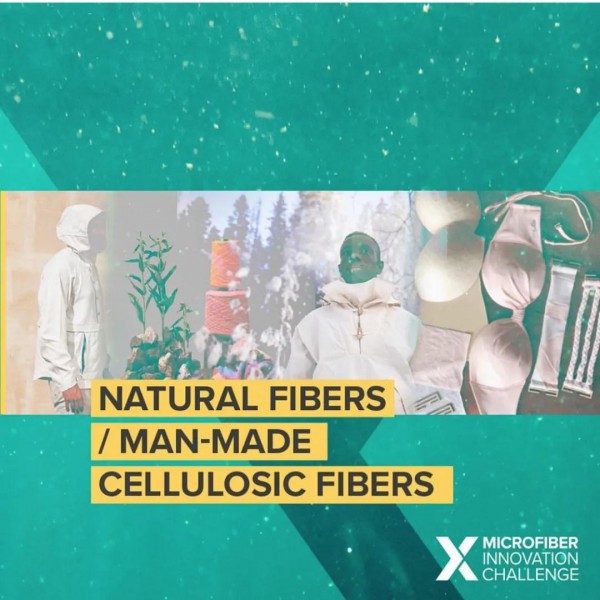 In addition, Barbara Martinez also said: "as the finalists of the microfiber Innovation Challenge continue to bring their biological fiber innovative materials to the market, they need to carry out a series of tests and communicate the impact of their innovation on the environment to the market through the certification results. This is a great challenge, but also a good opportunity."

When talking about the importance of this challenge, Vanessa Barboni hallik, founder and CEO of another tomorrow, who is also a contestant, believes: "The fashion industry needs innovation and regulation, and fast. Conservation x labs has attracted a group of outstanding material innovators and provided meaningful funding, which will become a starting point. In the future, more material innovators and financial forces will participate."